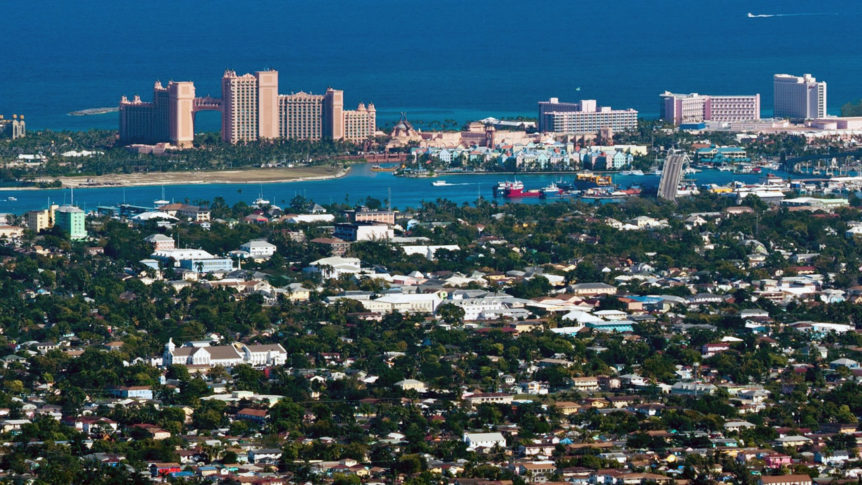 Nassau is the capital, largest city, and commercial hub of the Commonwealth of the Bahamas. The city has a population of 230,000, 70 percent of the entire population of The Bahamas.
Downtown is the hub for all activities in Nassau. Thousands of people visit daily, to shop, dine, sight-see and to enjoy the tropical climate of the city. While the busiest part of Downtown is the Bay Street thoroughfare and the Woodes Rogers Walk, located across the street from the port and parallel to Bay, the area extends for several blocks in each direction. It starts at West Bay, around the Junkanoo Beach area. A few hotels and restaurants are located on West Bay.
A popular island landmark is the British Colonial Hotel, which gives hints of the beginning of Bay Street proper. Pirates of Nassau Museum are in close proximity to the British Colonial Hilton. The next few blocks of Bay Street features end-on-end boutiques, with a few restaurants and clubs intermingled throughout a group of stores.
Cable Beach is regarded as the hotel district of Nassau. Five huge hotels—of which two are all-inclusive—are located on this strip. The area is also known for its dining, the Crystal Palace Casino, and the golden sands of Cable Beach. Most of the area’s restaurants are located either in the hotels or across the street. From our experiences in Nassau the night life is relatively quiet, unless it’s the season for Junkanoo and Fourth of July.